Late-spring frosts (LSFs) affect the performance of plants and animals across the world’s temperate and boreal zones, but despite their ecological and economic impact on agriculture and forestry, the geographic distribution and evolutionary impact of these frost events are poorly understood. Here, we analyze LSFs between 1959 and 2017 and the resistance strategies of Northern Hemisphere woody species to infer trees’ adaptations for minimizing frost damage to their leaves and to forecast forest vulnerability under the ongoing changes in frost frequencies. Trait values on leaf-out and leaf-freezing resistance come from up to 1,500 temperate and boreal woody species cultivated in common gardens. We find that areas in which LSFs are common, such as eastern North America, harbor tree species with cautious (late-leafing) leaf-out strategies. Areas in which LSFs used to be unlikely, such as broad-leaved forests and shrublands in Europe and Asia, instead harbor opportunistic tree species (quickly reacting to warming air temperatures). LSFs in the latter regions are currently increasing, and given species’ innate resistance strategies, we estimate that ∼35% of the European and ∼26% of the Asian temperate forest area, but only ∼10% of the North American, will experience increasing late-frost damage in the future. Our findings reveal region-specific changes in the spring-frost risk that can inform decision-making in land management, forestry, agriculture, and insurance policy. 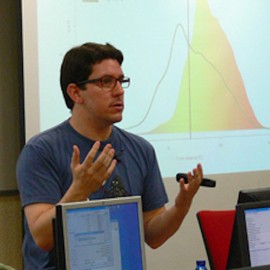